I had some time over the July 4th weekend, so I decided to ride my bike from my apartment in Boston to Montreal, a city I had never been to. I had never done a solo bike tour before, and was fairly nervous about my first time doing this. The trip didn’t entirely go to plan, but was a blast, and got me excited to do more trips like this through the summer.

It’s fair to say that the first day was a bit of a disaster. I didn’t end up leaving my apartment until about 11AM, and had to stop by REI for some gear I forgot (pocket knife, rain tarp to put over my hammock, and a camp towel. I didn’t head out from there until 12:30….and at my first red light one of my paneers fell off. About 15 miles out, I somehow ended up bending a disc brake I had. Luckily, this happened near a bike shop, so I was able to get a replacement, but I didn’t leave from there until about 3PM. I still had about 65 miles to go. The route was pretty straightforward, so once I got my bearings and started moving, I was fine. The only issue was that I stopped at a gas station to fill my platypus with water, but found out it was polluted from a gas leak. I washed it out, but went a stretch of like 5 miles thinking I had poisoned myself. At about 10:30 PM, I pulled off the highway to go on a bike trail, roughly 8 miles long, to take me into Jaffery, New Hampshire. When I got into town, I stopped at a bar and made the decision to find a hotel to stay at in town. I don’t really have pics from the first day because I am garbage

The second day went a little better. It was supposed to be a 90 mile day, but I ended up going about 75, for a variety of reasons. Early in the day was filled with beautiful views of Mount Mondanock (no pictures still. I stopped at a coffee shop in Keene and I ended up going onto an old rail trail, which was gorgeous, but not very well maintained. Below are some pics! 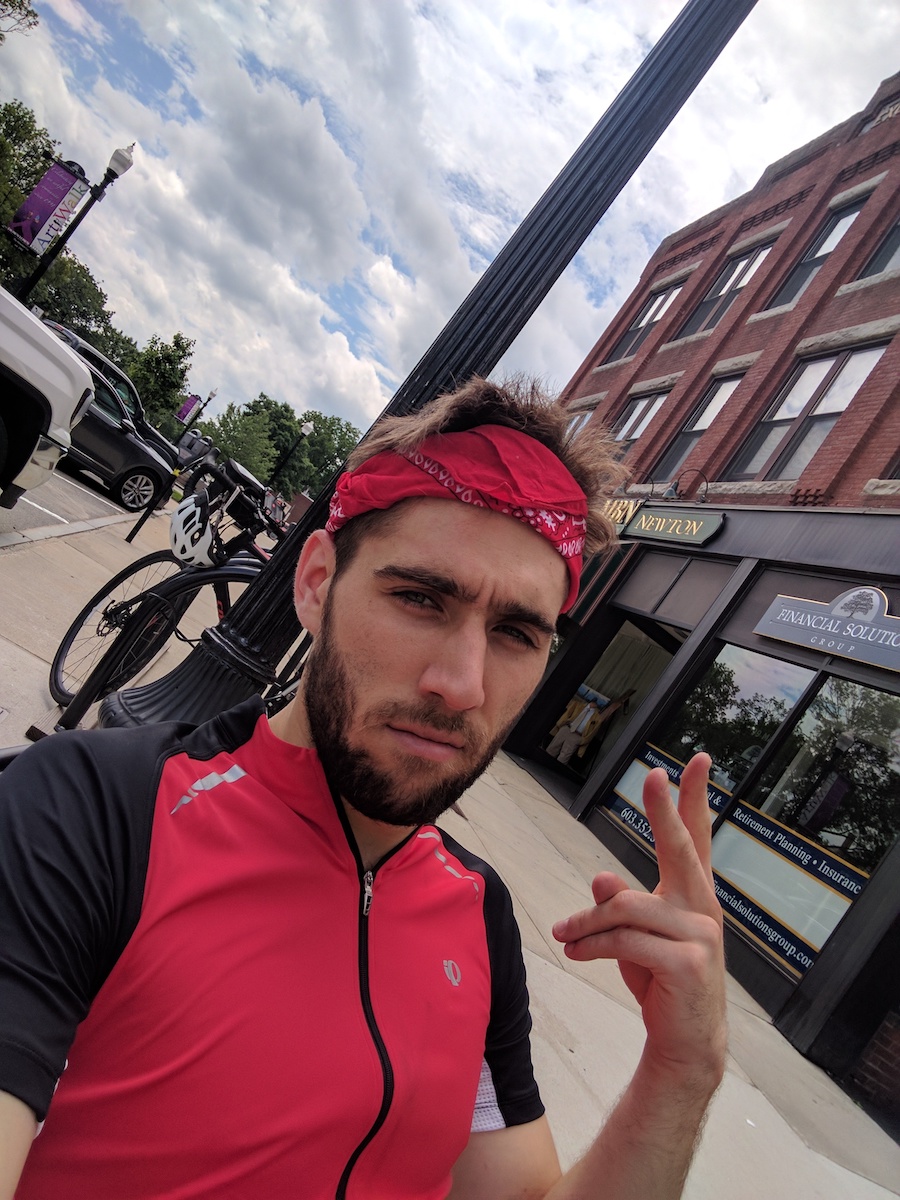 Selfie I took in Keene, NH 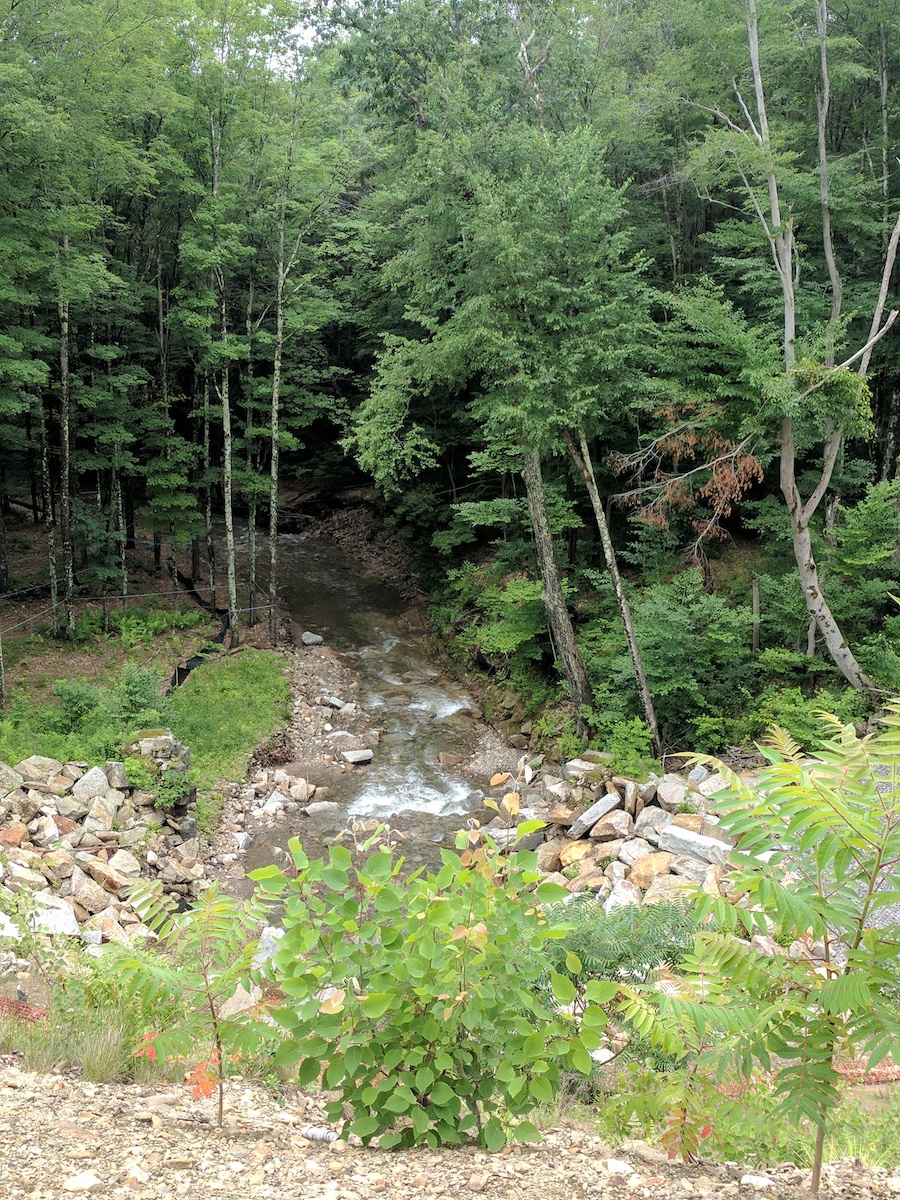 Above the river on the trail 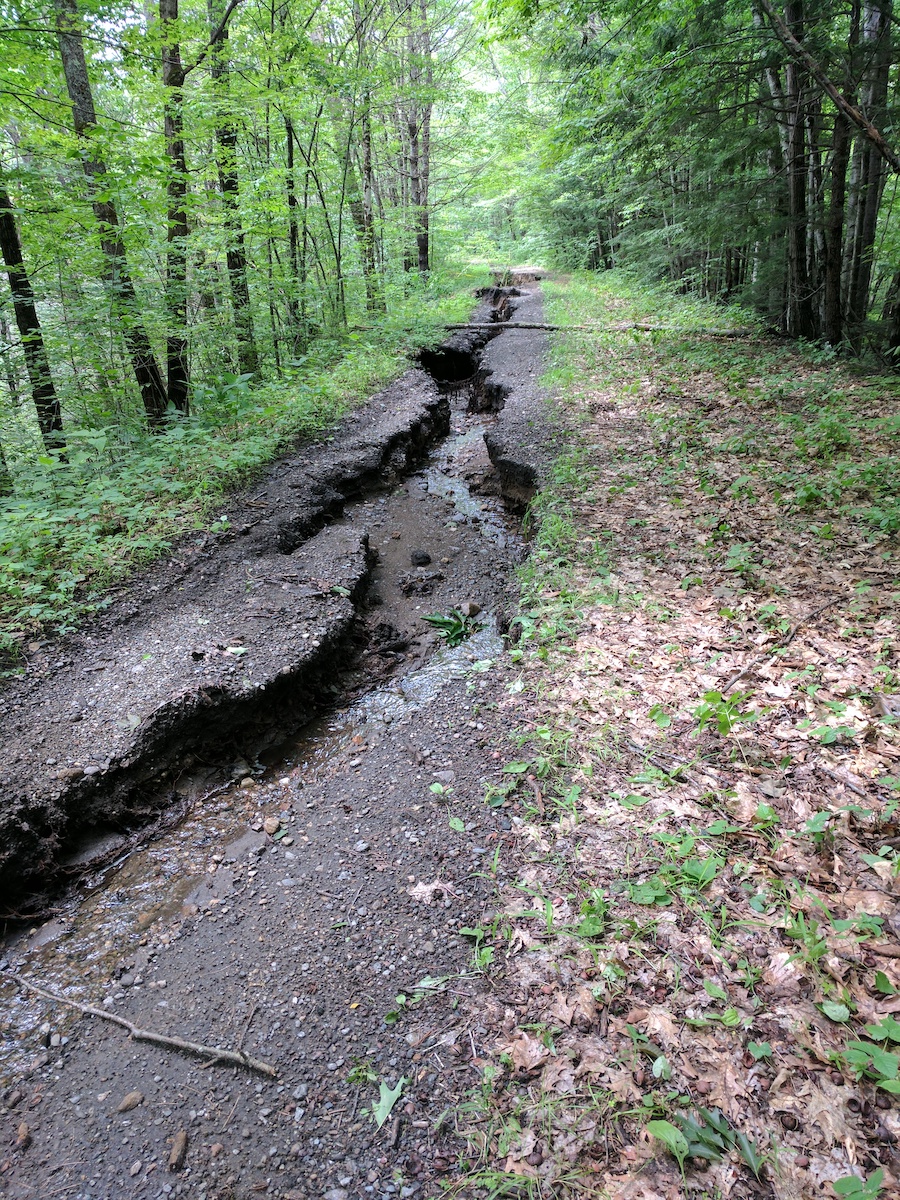 There was some issues with trail maintainance! 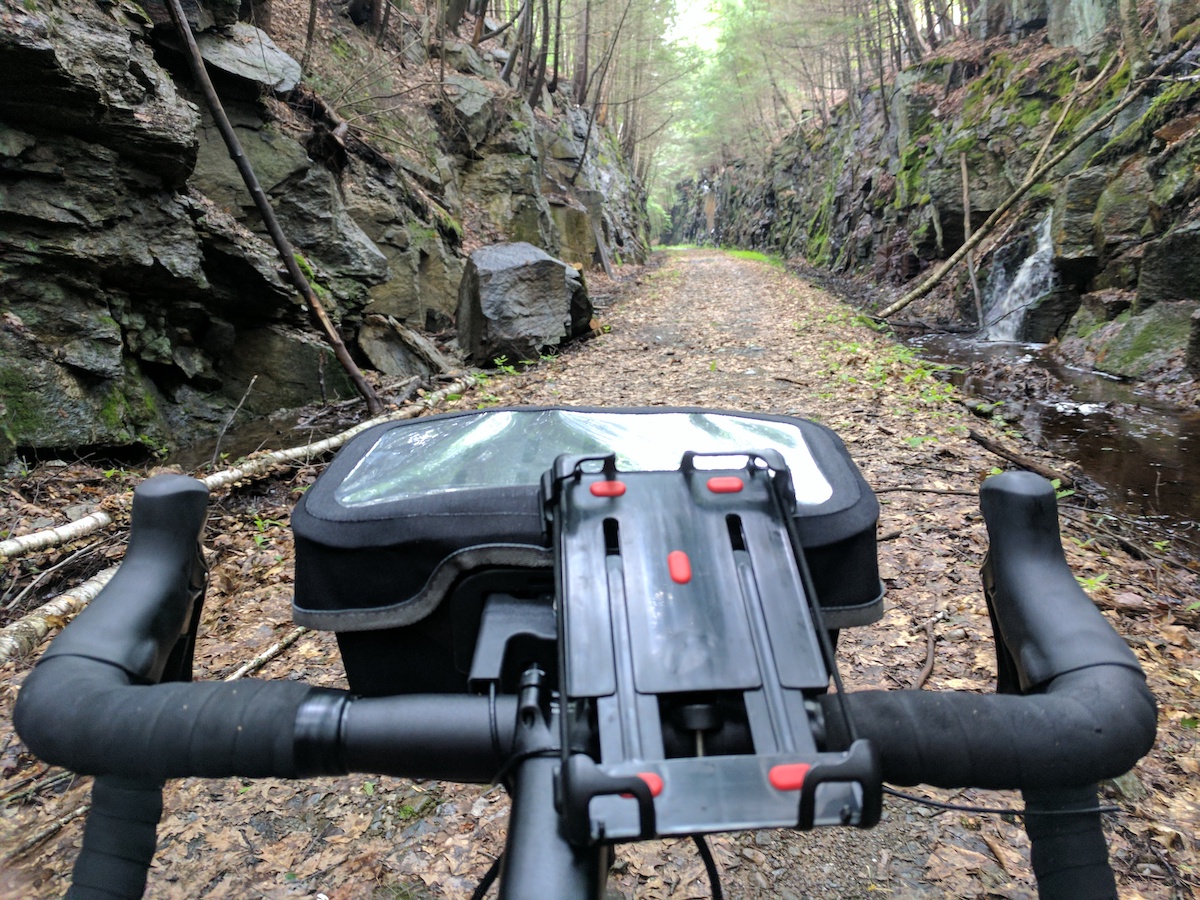 A view of the trail from my bike.

I’ll write more later, but for now this is what I got.